The Case for Verticalization 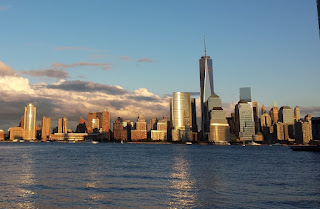 I was in India a few weeks ago, home with my family, which came with so many simple pleasures; being pampered by mom's cooking, dad's chauffeuring, and a nostalgic sense of freedom from having grown up on those streets. It also came, however, with some jarring moments of shock and unfamiliarity at the rapidly growing & congested skyline. What used to be a sprawling green city of well to do retirees, was now a "bursting at the seams" urban behemoth.

Walking through once familiar streets, suddenly everything looked different. The population explosion as a result of rapid economic growth, meant that space was at a premium and beautiful sprawling bungalows with large natural gardens and orchards were being replaced by tall, narrow concrete apartment buildings and commercial structures. While nostalgia bemoans these changes, missing the charm and the space that once was, the practical conservationist applauds the long reaching benefits of such vertical growth.

Verticalization is an urban planning system characterized by a focus on expansion of high rise structures, creating a dense vertical ecosystem. Development experts and conservationists alike support this approach to the growth of infrastructure and habitation for the rapidly growing global population.

The rationale is pretty simple -

1. Vertical growth reduces the need to destroy or encroach on forests, wilderness and other natural ecosystems.
2. It protects existing farmland that is urgently required to support the growing population.
3. Because of the population density per square foot and the resulting growth in mixed use spaces (residential, commercial, retail etc.all in one space), travel is minimized or made more efficient and therefore less energy intensive. High rises in many large cities now boast rooftop gardens, greenhouses and even vertical farms, that increase the independence and efficiency of the space used.

Over the past few decades, there has been a drastic and noticeable shrinking of natural ecosystems. The Food and Agriculture Organization of the United Nations estimates that every year we cut down forests, with a cumulative area equivalent to the size of Greece.  Here are some additional stats -
But why is this important?

Scientists across the world are in agreement that the rapid loss of natural ecosystems, and climate change, which is further destabilized by deforestation and ecosystem destruction, will lead to a drastic reduction in earths biodiversity. This in turn will lead to a severe impact on the resources we depend on to support life - fisheries, forests, access to clean water and more. It is a documented fact that all populations of living things are interrelated, and a severe impact on any one, will have a cascading impact on others around it. The World Resources Institute also reports that more than 1 billion people depend on forests for their livelihoods.

If we don't start to think vertical, and not horizontal, growth, we will soon be left with no forests, coral reefs, or prairie land left uninhabited and untouched. Just more square borders, divisions and subdivisions, perfectly manicured soulless lanscaping, interspersed with highways, malls and tech parks...I for one would hate to live on such a homogenized, cookie cutter planet. And more importantly...should that be allowed to happen, the impact on the future of the human species will be significant and irreversible.